Are your critical voice, data and video links vulnerable to line quality degradation due to congestion?

What measures can be built into your service to minimise the risks?

Some of our customers have multiple sites connected via VPNs and need their business critical data to be transported in preference to other traffic.

Voice and/or video data also requires managing so that quality is not compromised.  In particular video is prone to ‘hanging’ and pixilation is there is delay or loss of some data packets. Voice calls can also suffer from dropouts and jitter if the network is not properly configured.

Most people do not like multiple sets of wiring – they cost money and are untidy – hence a move towards converged networks where the same set of wires carries both data, voice traffic and power. However, unless suitable measures are taken, voice performance is commonly compromised and its quality degraded over local area networks in the same way as between sites albeit at much higher data rates. MOS (Mean Opinion Score) is a generally accepted way of classifying acceptability of VoIP circuits, a MOS score of between 4 and 4.5 (on a scale of 0 to 5) is generally considered acceptable for business use.

The correct way to achieve a QoS enabled network is through the use Differentiated Services Code Points (DSCP). DSCP is a mechanism which is used to pre-classify data packets across the network, at points where network bandwidth is constrained [WAN links] and/or congested [uplinks to switches] the DSCP markings are used to allow the important traffic to be processed in priority order, these priorities based upon the business goals.  There are established guidelines for implementation which, if followed correctly, will provide a network that performs to an agreed specification even under the heaviest load.

itQED have done this on many networks so get in touch to discuss your requirements. 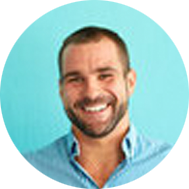 My business has been greatly helped by the excellent work from the team at itQED.