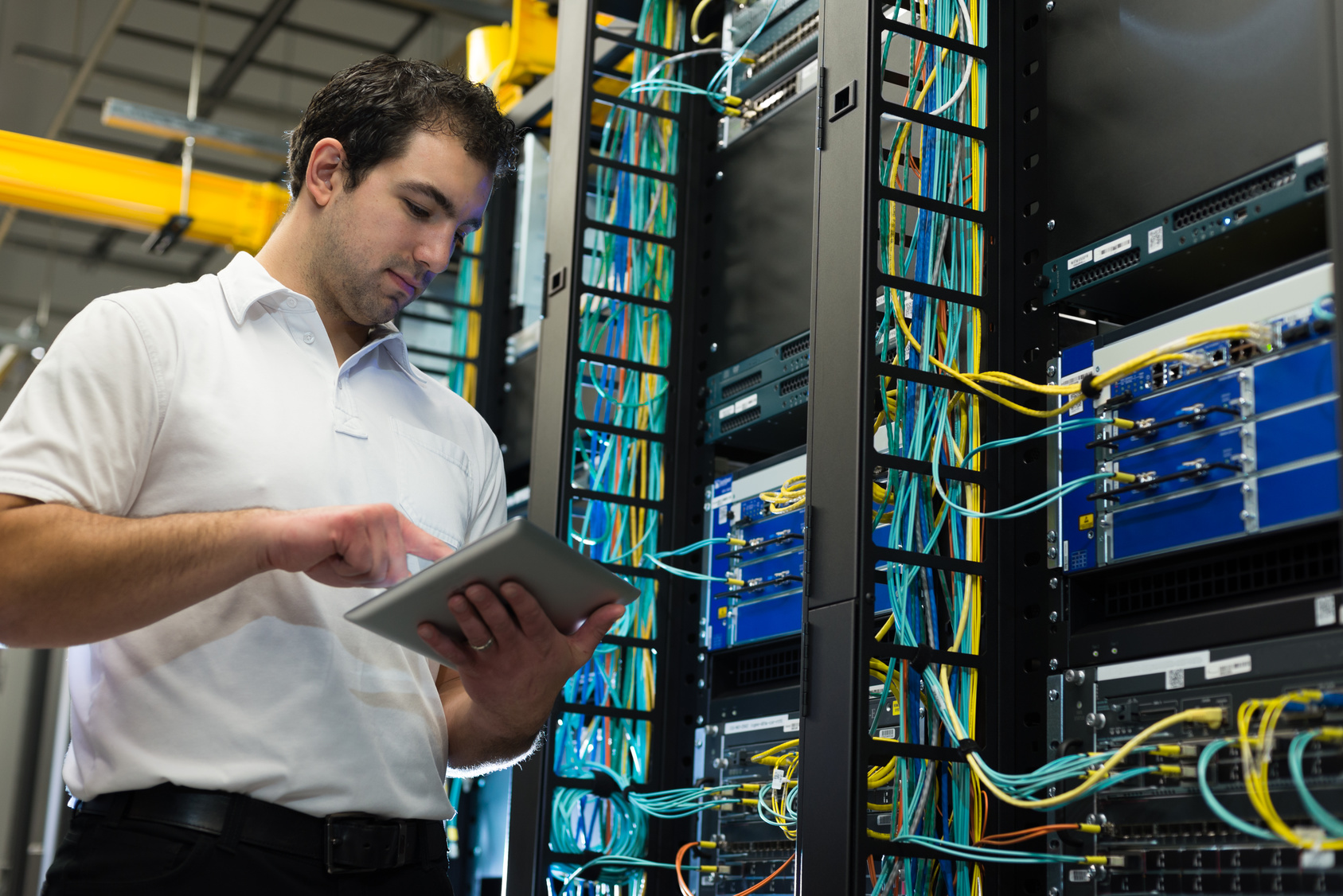 This DeDuplication technology works on a number of levels, from files through to disk clusters:

“Deduplication segments files into variable-sizes (32-128 kilobyte chunks) using a new algorithm developed in conjunction with Microsoft research. The chunking module splits a file into a sequence of chunks in a content dependent manner. The system uses a Rabin fingerprint-based sliding window hash on the data stream to identify chunk boundaries. The chunks have an average size of 64KB and they are compressed and placed into a chunk store located in a hidden folder at the root of the volume called the System Volume Information, or “SVI folder”. The normal file is replaced by a small reparse point“

Microsoft have provided a tool that will give an indication of potential savings on file shares that already exist. The tool is called DDPEval.exe and can be found in the following location on a server 2012 installation:

We have run this against a filestore which mainly consists of large ISO files in a software repository: 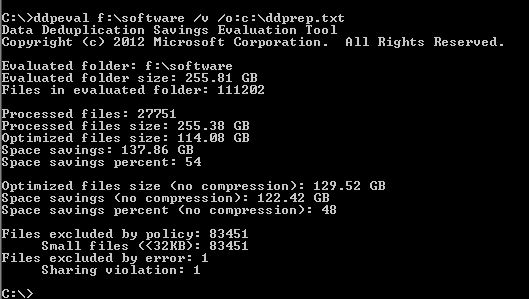 As can be seen above the potential savings are 122GB on a 255GB volume which considering that these are already compressed is impressive. we are currently testing further on a selection of volumes and file types and have achieved savings of up to 80% which when considering the price of redundant disk arrays defiantly has potential savings.

If you are going to use Data Deduplication there are a number of things to consider: